Founded in 1989, this group is Houston's oldest and finest group of Victorian Christmas Carolers in the southeast Texas area.

Wearing only the finest and most authentically accurate costumes depicting the Victorian era, circa 1850 - 1875, and singing the Olde World Christmas Carols, this is a group you will definitely want to see and hear at your upcoming holiday event this season.

The three photos below were taken at Houston's Amtrak Station on August 11, 2009 when the Disney Corporation brought their Christmas Carol Train Tour to town to promote their 3-D Motion Capture Animated film, "Charles Dickens' A Christmas Carol." Houston was stop number 19 on the 40-city cross country train tour, designed to promote the upcoming movie, starring Jim Carrey, which opened in theaters across the country on November 6, 2009. Viva Vocé was fortunate to have been chosen by Disney to sing for the public, as they waited to board the train to view the exhibit. We sang all day long at this 13-hour event! 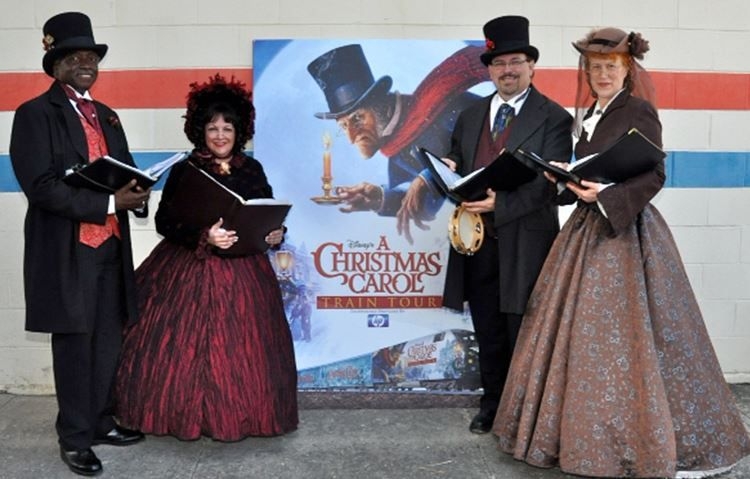 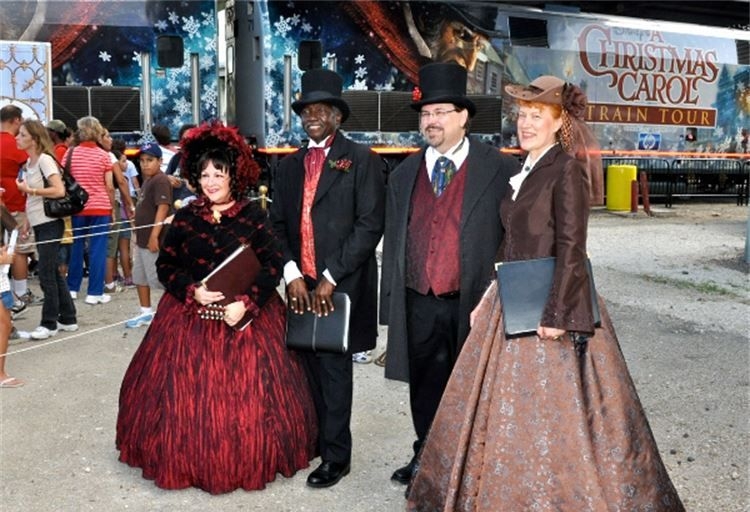 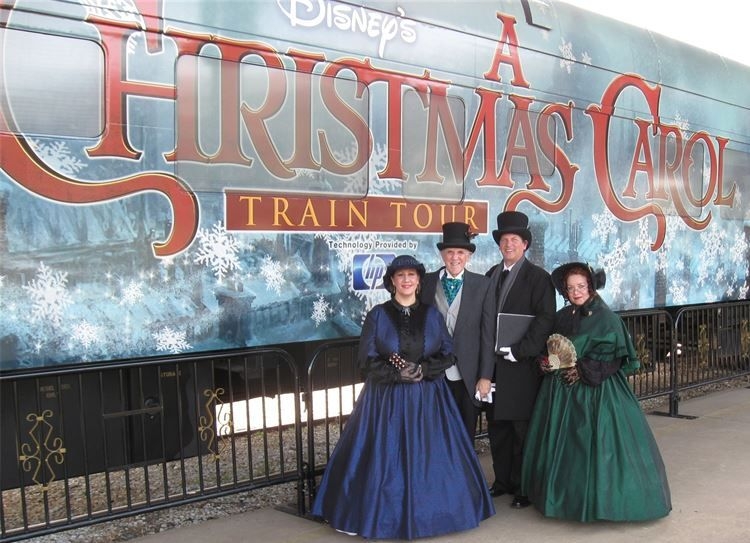 Another really fun and impressive gig we landed was the "Guaranteed White Christmas" sponsored & hosted by The Weather Channel. A family in League City, Texas won the Guaranteed White Christmas contest on the Weather Channel for Christmas Day 2010. Their winnings package included having their front yard covered in snow, having an ice skating rink, a sledding hill, Santa Claus in his sleigh and live reindeer, and Carolers to sing for them. We were hired to be the carolers!

The following photos are not the best quality, as they were taken from the video recording of the live broadcast of the event in League City on December 25, 2010: 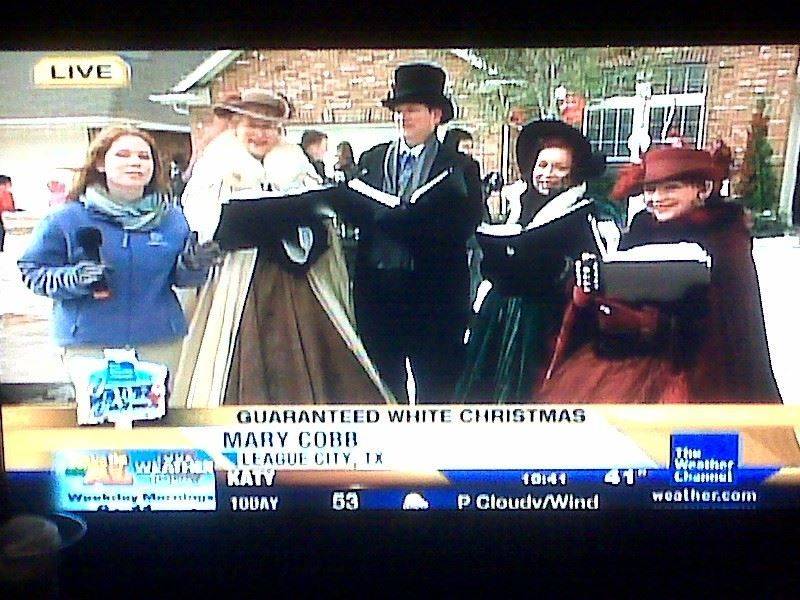 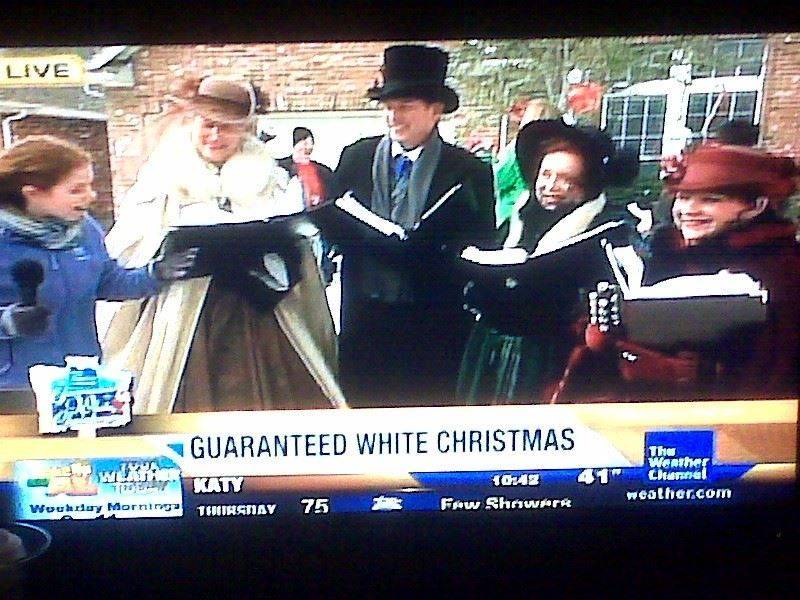 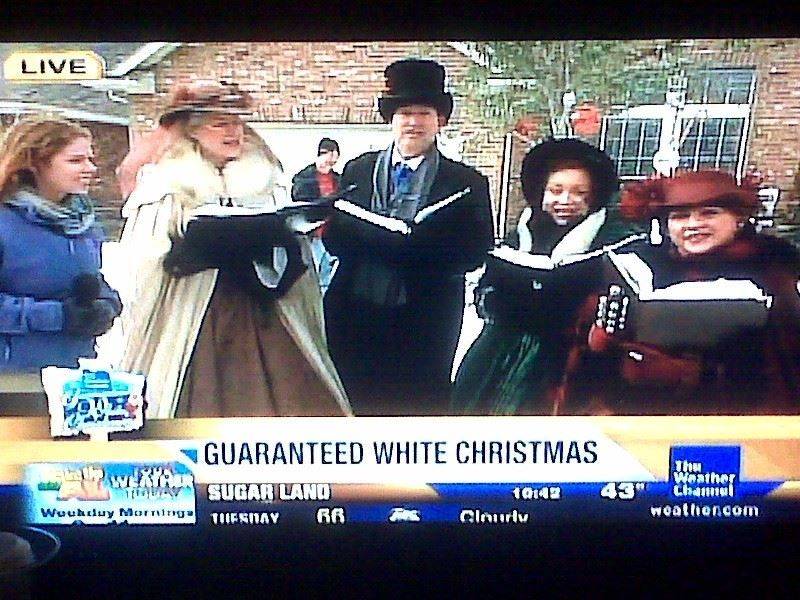 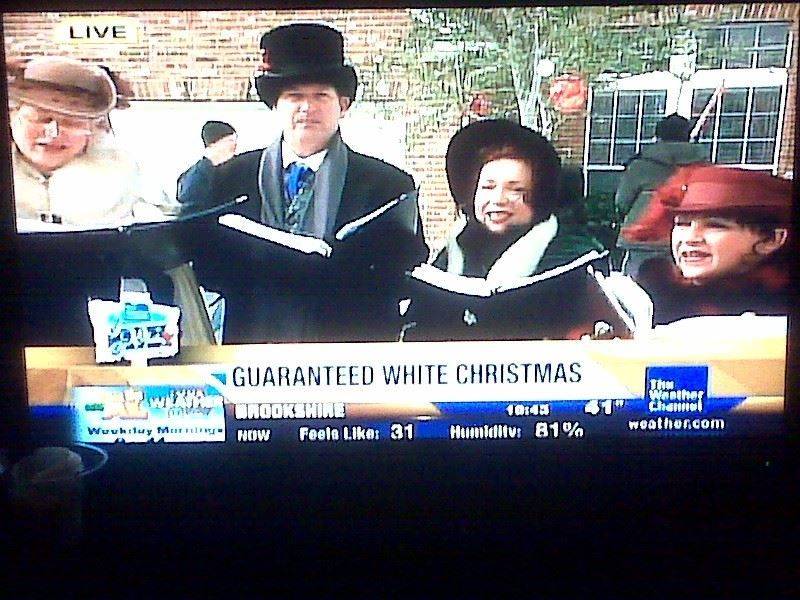 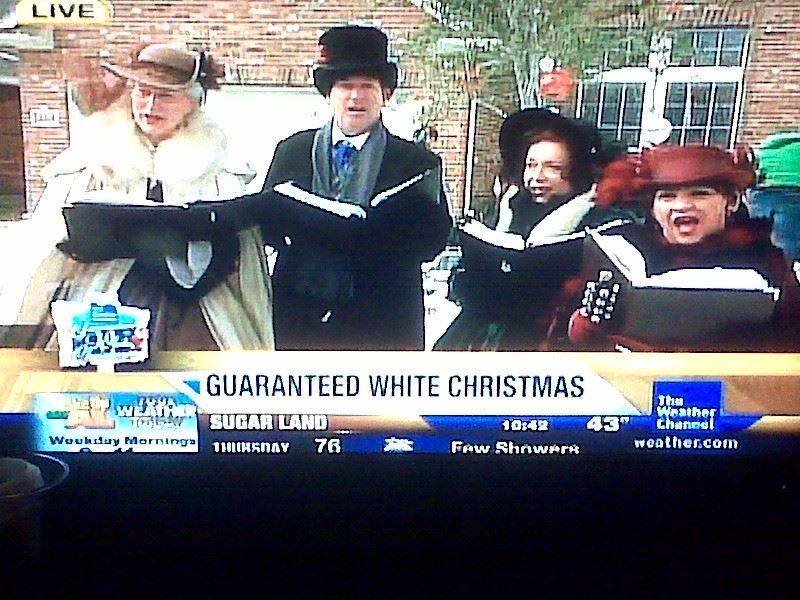 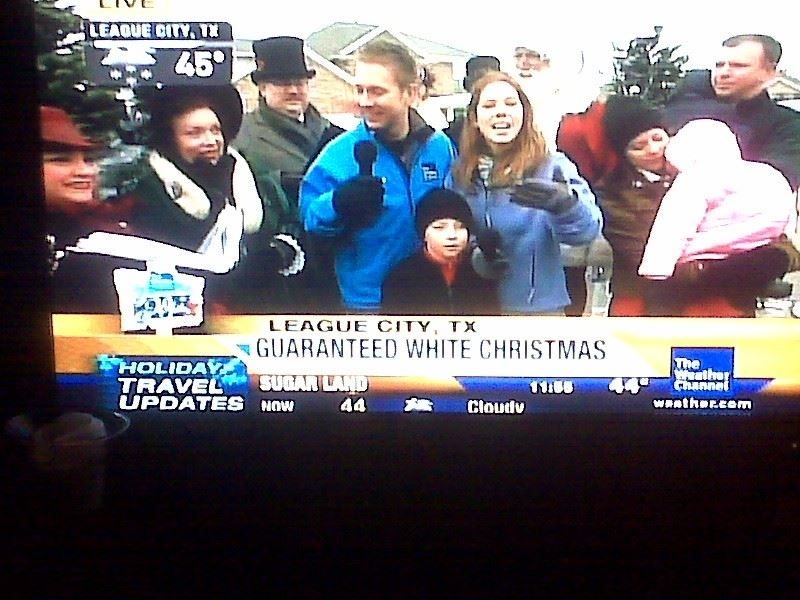 The carolers are available for any public, private, or corporate event,

in small groups starting with a Mixed Quintet (5 voices) as shown below:

A Mixed Quartet (4 voices) as shown below: 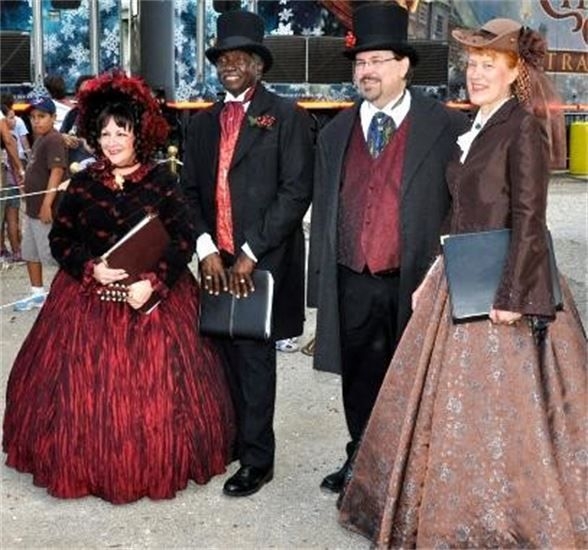 Or you may wish to hire the entire group, as shown below

We hope you are enjoying the music! These are just of few of the many beautiful Christmas Carols and Holiday Songs in our repertoire.

We have a wonderful professionally recorded Christmas CD available for purchase.

Carol Of The Bells

Here We Come A Wassailing

For a gallery of more awesome photos click here

To book these amazing Victorian carolers for your holiday party or event, call us early, as they book up very quickly in November and December!

or email us at